Hoy carta from the New York State Department of Financial Services, addressed to all insurers in the state, declares that, “An issuer of a policy that includes coverage for mental health conditions may not exclude coverage for the diagnosis and treatment of gender dysphoria.” Notably, New York relied on state and federal mental health parity laws to arrive at this conclusion, and becomes the second state (with Massachusetts) to reach this conclusion without an explicit gender identity nondiscrimination law applicable to insurance. Other states have interpreted nondiscrimination laws based on sex or gender identity, or general prohibitions on arbitrary or unfair insurance practices, ban trans exclusions. 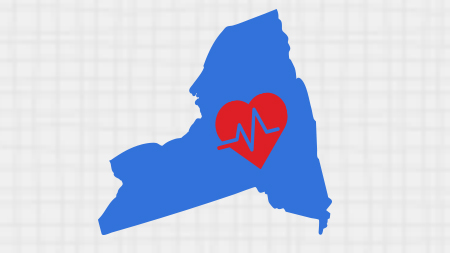 Today's advance in New York is based in part on the pioneering work of the late Andrew Cray, former NCTE intern, Center for American Progress (CAP) policy analyst, and namesake of the NCTE's new Andrew Cray Law Fellowships and and Advocacy Award. We congratulate the other advocates in New York, especially Health Care for All New York, and those at CAP who helped make today's announcement happen.

NCTE applauds New York State for taking this action, which will make medically necessary care affordable for thousands of New Yorkers, and which mounting evidence shows will not increase premiums. Decisions about medical care should be made by health care providers and patients, not by insurance companies or government officials based on outdated assumptions and biases. We urge New Yorkers to contact their insurance plan to ask about changes in coverage in light of this clarification of the law, and to contact trans-friendly legal organizations if they are denied transition-related care recommended by their provider. We will continue to support state advocates in advancing private and Medicaid insurance coverage and press the federal government to take further action to roll back these discriminatory exclusions.