One year ago today, the Trump administration anunció un plan to erase transgender people from federal law in order to hurt our rights to access health care, housing, education, and employment free of discrimination.

The Trump administration thinks that no one will stick up for us if they attack our rights. They're wrong.

In an incredible display of power and allyship, trans people and their allies across the country showed the Trump administration that transgender people are stronger than they could ever imagine and that we #WontBeErased.

1. Millions Spoke Out On Social Media

We started the hashtag #WontBeErased because we knew our strongest defense against this or any administration will always be the incredible, beautiful, resilient, and diverse lives led by transgender people every day. Across the nation and across the globe, transgender people adamantly showed the world who we are and why we aren’t going anywhere.

While we took the fight against the Trump administration to its front door, thousands of our friends in Nueva York gathered in Washington Square Park in anger, unity, and love.

The clear threat posed by the Trump administration motivated allies across the country to speak out against an attempt to erase their friends, family members, and neighbors. Most alarming of all, the Trump administration wants to harm the ability of the next generation of transgender people to succeed and thrive as exactly who they are. Amy Poehler, Laverne Cox, Amber Tamblyn, Piper Perabo, Rep. Joe Kennedy III, Ilana Glazer, Abbi Jacobson, Jeff Marsh, Amy Schumer, and many more made videos telling transgender kids they will never let this or any other administration come for the rights of transgender youth.

4. Families With Trans Kids Spoke Out

In an open letter, over 2,500 parents and caregivers of transgender youth demanded the Trump administration stop threatening the future and the rights of their families.

Publicado en Teen Vogue, the open letter was addressed directly to Roger Severino, head of the office leading the charge in the Trump administration to erase transgender people:

“Have you met any transgender children, Mr. Severino? Have you looked them in the eye and told them you don’t believe they know who they are? Have you ever told a parent that you know better than their doctors, their children, and themselves? Another of our kids said your department's proposed rule “shows trans youth that we are not valued equally in America just for being who we truly are and need to be.” This teen fears that your proposal will encourage “widespread discrimination or even acts of violence.” We want to believe you don’t want to encourage discrimination or violence against our children. Tell us that our transgender children are valuable and deserve equal protections under Title IX and every other law. Tell us that you will reverse course.”

5. The Banner Drop at Dodger Stadium

A group of fans unfurled a "Trans people deserve to live" banner at Dodger Stadium. pic.twitter.com/lOU7ah7vKY

In a huge show of visibility, our friends at TransLatin@ Coalition brought a massive transgender pride flag to the World Series to send a clear and simple message to tens of millions of viewers at home: “TRANS PEOPLE DESERVE TO LIVE”

In the last year, trans people have continued to tell the Trump administration that we #WontBeErased… 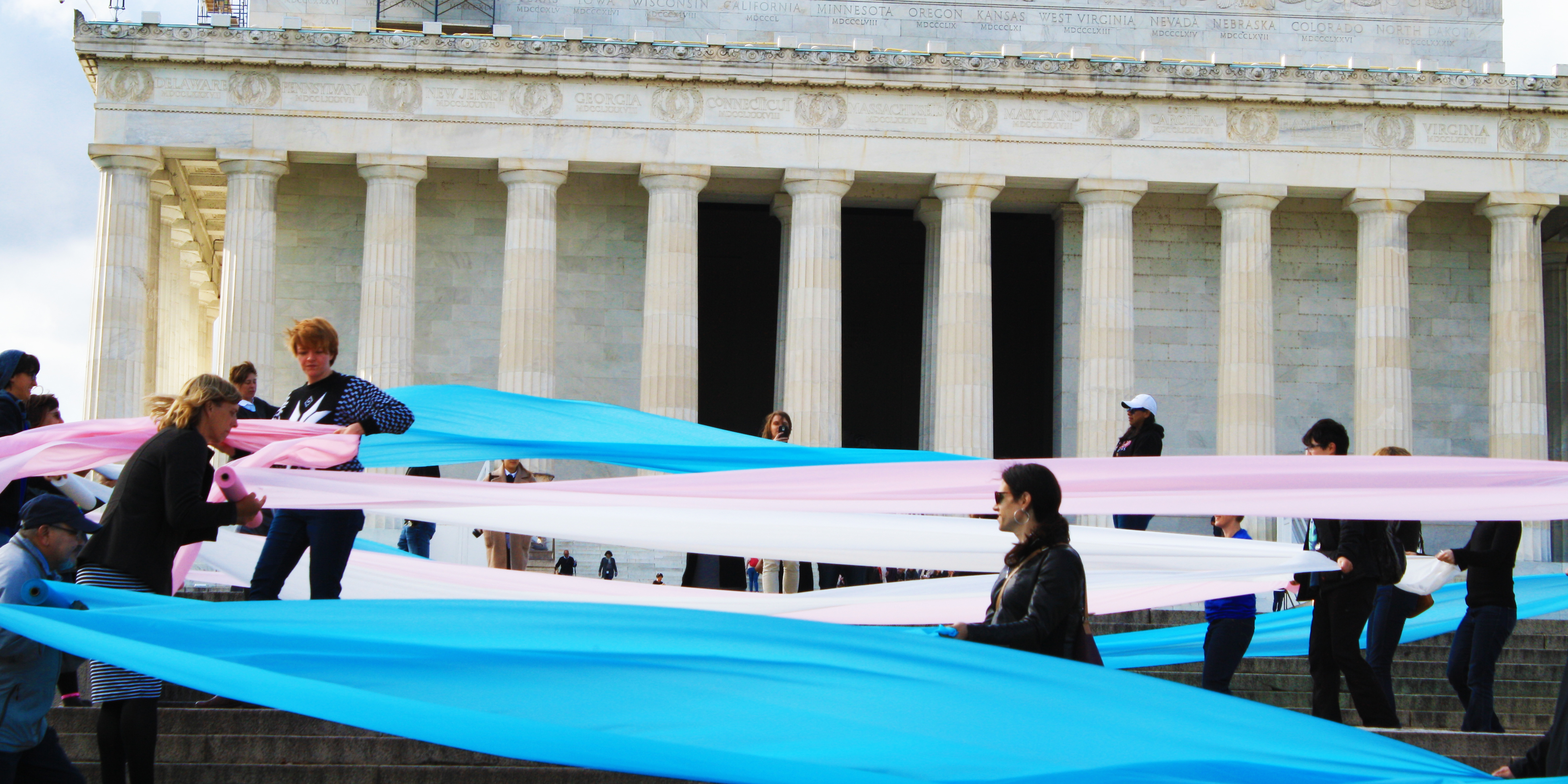 … from the Lincoln Memorial, 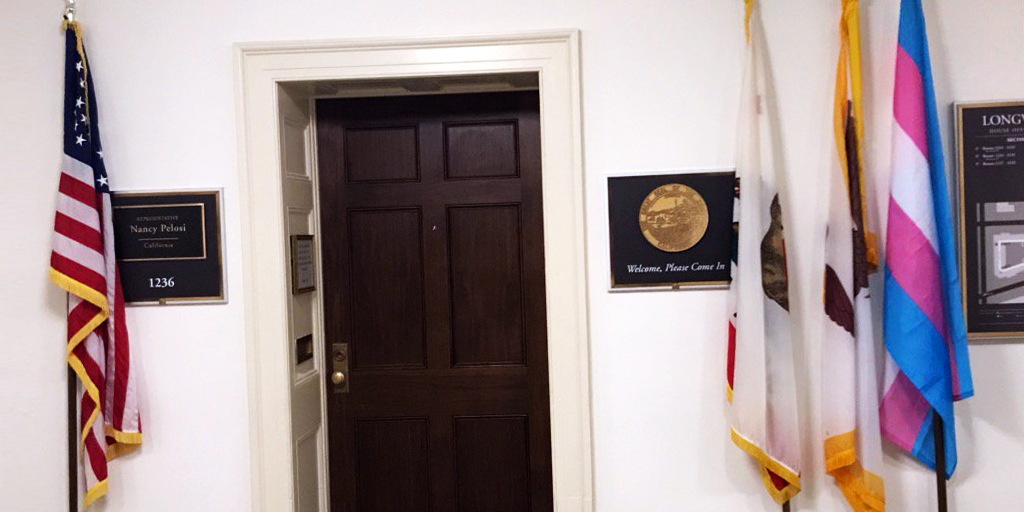 … to the halls of Congress.

Thank you to everyone who helps us move towards the dream of trans equality just by being yourselves.

We will never stop fighting for you.

We will never stop fighting for your families.

We will never stop fighting for the rights of every transgender person in this country.