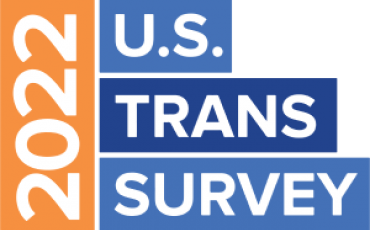 Programas de 2015 U.S. Transgender Survey (USTS) was the largest survey ever devoted to the lives and experiences of transgender people, with 27,715 respondents across the United States.

The 2015 USTS was also a follow up to the 2008-09 National Transgender Discrimination Survey (NTDS), which though ground-breaking at the time as the largest survey of trans people, had a much smaller sample of 6,452. In addition, the 2015 USTS team decided to overhaul the questionnaire to more closely match federal surveys, and added many new questions and topics given the ability to enlist skip logic. Thus, the comparability between the NTDS which was fielded in 2008-9 and the 2015 USTS is limited.

En 2016, NCTE publicó el informe de la 2015 U.S. Transgender Survey. With almost 28,000 respondents, the USTS is the largest survey ever devoted to the lives and experiences of trans people.

In 2011, NCTE and the National LGBTQ Task Force released the report of the NTDS. Interviews with over 6,400 transgender and gender non-conforming people made it the largest such study at the time it was conducted.  The study has been a game changer—both for our policy work and for cultural change. For the first time, we were able to quantify the discrimination and violence transgender people face. The findings from the NTDS are available in multiple reports that cover specific subpopulations and issues.

Transgender people face discrimination and violence throughout society, from their family growing up, in school, at work, by homeless shelters, by doctors, in emergency rooms, before judges, by landlords, and by police officers.

Ayer abrimos la 2015 U.S. Trans Survey for people to complete and learned that even our 7 servers could not keep up with the number of enthusiastic participants. We understand that this has been a frustrating experience with the unusual delays. We are working intently to resolve this issue and we thank everyone who stuck with it and submitted their survey.